Drug costs continue to be a problem for seniors in the U.S. A new House panel has revealed that several major drug companies inflated their prices in order to boost profits and fund executives’ bonuses. The big pharmaceutical companies took advantage of Medicare rules to inflate their own wealth.

After an 18-month investigation, the House Oversight and Reform Committee found that the following dug companies inflated their prices by hundreds of thousands of percent: 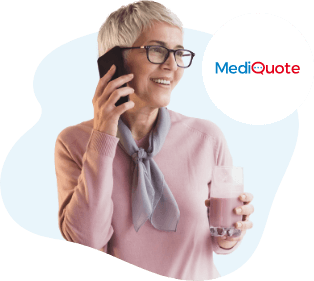 Vital cancer medicines are one of the largest problems, including Celgene’s Revlimid, whose cost has increased by 23 times since 2005. The price was then increased again when Bristol Myers-Squibb bought Celgene last year. Revlimid now costs $763 per pill, or $16,023 per month. Between 2010 and 2018, Medicare paid $17.5 billion for Revlimid.

Another drug whose cost has skyrocketed: Teva’s multiple sclerosis drug Copaxone, the price of which has risen 27 times since 2007, now costing nearly $70,000 per year.

The House committee found that the price hikes were for no other reason other than to meet revenue targets–not for research and development or helping patients afford medications as some drug companies have claimed.

The drugs being discussed are all essential life-saving drugs, especially for seniors, that treat serious ailments, such as multiple sclerosis, autoimmune function, kidney failure, inflammation, and cancer.

A House Oversight Committee Hearing, called “Unsustainable Drug Prices: Testimony from the CEOs”, took place last week with the major pharmaceutical companies. Rep. Peter Welch (D-Vt.) said, “It’s true many of these pharmaceutical industries have come up with lifesaving and pain-relieving medications, but they’re killing us with the prices they charge. Uninhibited pricing power has transformed America’s pain into pharma’s profit.”

Rep. Ayanna Pressley (D-Mass.) said, “the lack of access to affordable life-saving medicine is an injustice [that] represents an act of economic violence and an attack on the basic principle that healthcare is a fundamental human right.”

In a viral video, Congresswoman Katie Porter (D-Calif.) questions former Celgene CEO Mark Alles in the Congressional hearings. She outlines, with the use of a whiteboard, how Alles inflated his own salary by hiking the price of Revlimid. She highlights that no changes or improvements were made to the drug during these price hikes.

Porter goes over how Celgene tripled the price of Revlimid, a drug that treats the blood cancer multiple myeloma, since 2005. In 2005 the drug cost $215, and now costs $765. Due to higher profits from the raised price of the drug, Alles received a $500,000 bonus.

Porter also writes the number $13 million on a whiteboard and asks Alles what that number is. Spoiler: It was his compensation in 2017. Porter highlighted that this number is “360 times what the average senior gets on Social Security.”

Profits at the expense of Medicare

Michael McAuliff of Kaiser Health News writes, “Much of the drug industry’s profits come at the expense of taxpayers and the Medicare program, say the reports, which say that they are used to pay generous executive bonuses and that they are guarded by aggressive lobbying and efforts to block competition, regulation or systemic change in the United States while the rest of the world pays less.”

Under our current system, Medicare is not allowed to negotiate drug prices with drug companies. The U.S. spends more than any other country on drugs. People in the U.S. are also more likely to go without a drug due to its cost. Among people on Medicare, 11.3 percent said they skipped doses of medicines due to cost concerns, especially for cancer drugs and insulin.

Hearings completed with the drugmakers last week. The President has expressed that lowering drug prices is a priority, yet a plan has not been executed. Ultimately, sky-high drug prices hurt the overall health of seniors, and can even mean life or death for many patients.

Everything You Need to Know About Medicare Advantage

Arthritis Symptoms, Causes, and 7 Treatments to Know About