Medicare World can easily save you half a grand or more on your healthcare expenses!

It’s no secret that Senator Bernie Sanders (I – Vt.) is determined to make massive improvements to Medicare. Earlier this week, the senator proposed a couple of core changes in the infrastructure of Medicare, one of the more significant being eligibility.

“He doesn’t have enough support to pass his “Medicare for All” bill – i.e., the whole loaf – which would put every person in the country under a government-run, single-payer health care system. So he will settle for expanding Medicare from the current enrollment age of 65 to age 55 or 60 — at least for now. Call it “Medicare for More.” And he’ll find a lot of support for Medicare expansion, especially from President Joe Biden,” said Merrill Matthews with The Hill.

With growing support in the House for a “kitchen sink” approach to the next reconciliation bill, the Senate could pass this act with a simple majority although it has some limits to its use. House Democrats are discussing other changes including drug pricing and climate legislation in their next big legislative package, which is expected to focus on infrastructure while hiking some taxes on corporations and high-income earners.

What do you think?

Do you support the idea of opening Medicare up to more Americans? Should everyone have access to affordable healthcare or should the financial aid remain in the hands of the elderly alone? 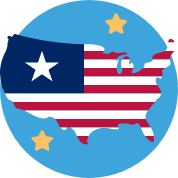 The Importance of Scheduling Your Annual Wellness Exam During a Pandemic

Compensation From a Personal Injury Lawsuit: How Does Your Medicare or Medicaid Affect It?