While it’s no secret that skyrocketing insulin prices have put the health of diabetes patients in jeopardy, Medicare Part D is also feeling the hurt. Due to out-of-control insulin prices, Medicare spending on insulin grew 840 percent between 2007 and 2017, the rate of which far outpaces the number of Medicare beneficiaries who rely on this life-sustaining medication.

According to recent statistics released from the Kaiser Family Foundation, Medicare is spending exorbitant amounts of money on insulin to keep its diabetic beneficiaries healthy. While Medicare saw an 86 percent jump in the number of beneficiaries who use insulin between 2007 and 2017, the jump in price is still far greater than the increase of people who need the drug. 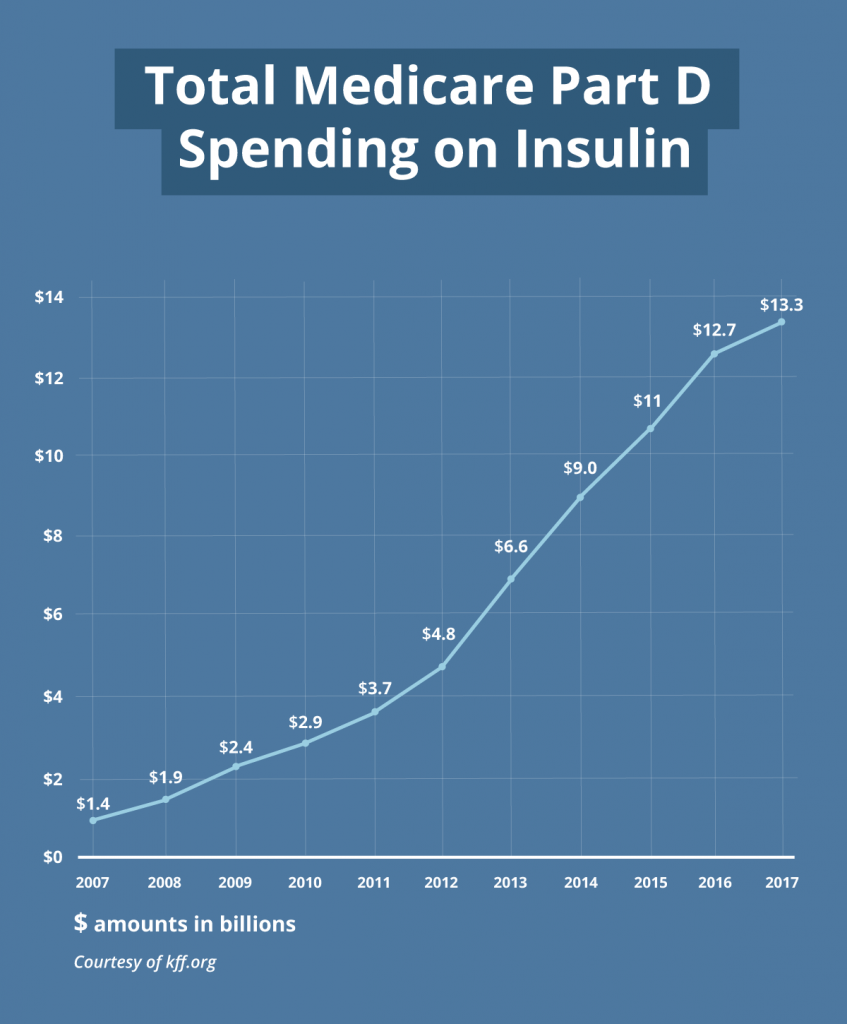 The price of this century-old drug has skyrocketed more than 1,000 percent within the last 20 years without changes to the formula, making it cost prohibitive for diabetes patients across the country. These high price tags directly contributed to the high-profile deaths of several people who could not afford this life-sustaining drug.

What politicians are doing about it

Politicians are scrambling to find ways to cut prescription drug costs and save Americans money at the pharmacy counter. Here are five pieces of proposed legislation that could make that happen.

Other action to reduce spending on insulin

Until one of these measures passes through the House and Senate and the U.S. government is able to reduce insulin prices in a meaningful and significant way, health insurance companies and pharmacy benefit managers have taken it upon themselves to cut costs. Health insurance provider, Cigna, and its pharmacy benefit manager, Express Scripts, have announced plans to cap out-of-pocket spending on insulin at $25 per month.