With that said, if this trend of people pushing back their Social Security retirement age continues, it will benefit the whole system as Social Security will be paying fewer people.

When you can start receiving benefits depends on when you were born. The full retirement age (FRA) is gradually moving to 67, but you can begin receiving benefits as early as 62. To find your FRA, refer to the helpful chart below. 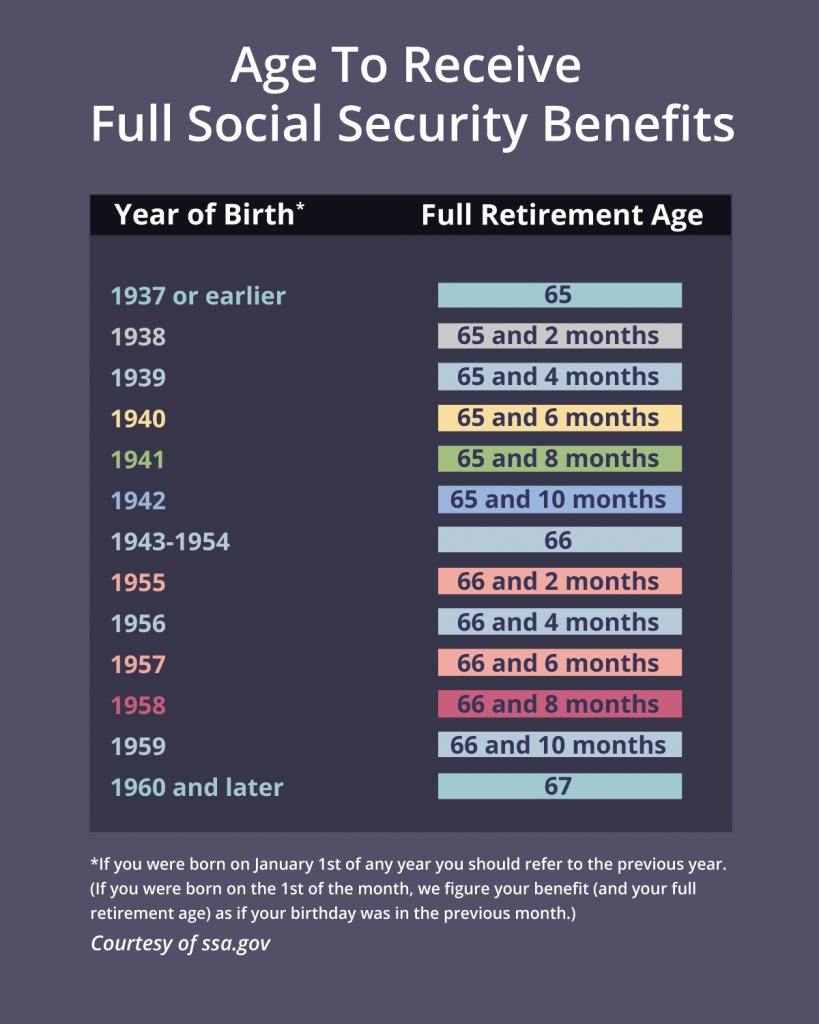 When Will Social Security go Bankrupt?

5 Ways You May Accidentally Reduce Your Social Security Benefits