Since early into his campaign days, Trump has promised to lower drug prices for Medicare beneficiaries. So far, that hasn’t been the case, though new changes may be on the horizon. These changes include paying doctors a flat fee, adding step therapy protocol to Medicare Advantage drug plans, and getting rid of no-risk ACOs. The latest plan to lower drug prices may actually work, and the plan is to end pharmacy benefit manager kickbacks.

PBMs, or pharmacy benefit managers, act as the middle men between drug plans and pharmacies by influencing how pharmacist and doctors prescribe drugs. They play a role in what drugs are available to the patient and how much drug costs. The system worked until PBMs began to merge. Now, 85 percent of the market is made up of just three PBMs.

PBMs have the following responsibilities:

The result of this mass consolidation is that the PBMs take advantage of one benefit: kickbacks, or rebates. It’s common for PBMs to receive financial kickbacks from drug companies when the PBM pushes their expensive, brand-name drugs. In other words, the higher the drug price, the larger the PBM kickback, and the more drugs the drug company sells.

The original goal was to lower drug prices, but the opposite has been true. The way the system is set up encourages PBMs to raise drug prices so they receive larger kickbacks. But the Trump administration wants to put an end to that by ending PBM kickbacks. As a result, this change could increase drug plan premiums, but the increase would be minimal.

With the way drug plans are set up in the United States, PBMs are a crucial part of the healthcare system. However, the Trump administration is attempting to make sure they don’t take advantage of the system, Medicare, and Medicare’s sickest patients. 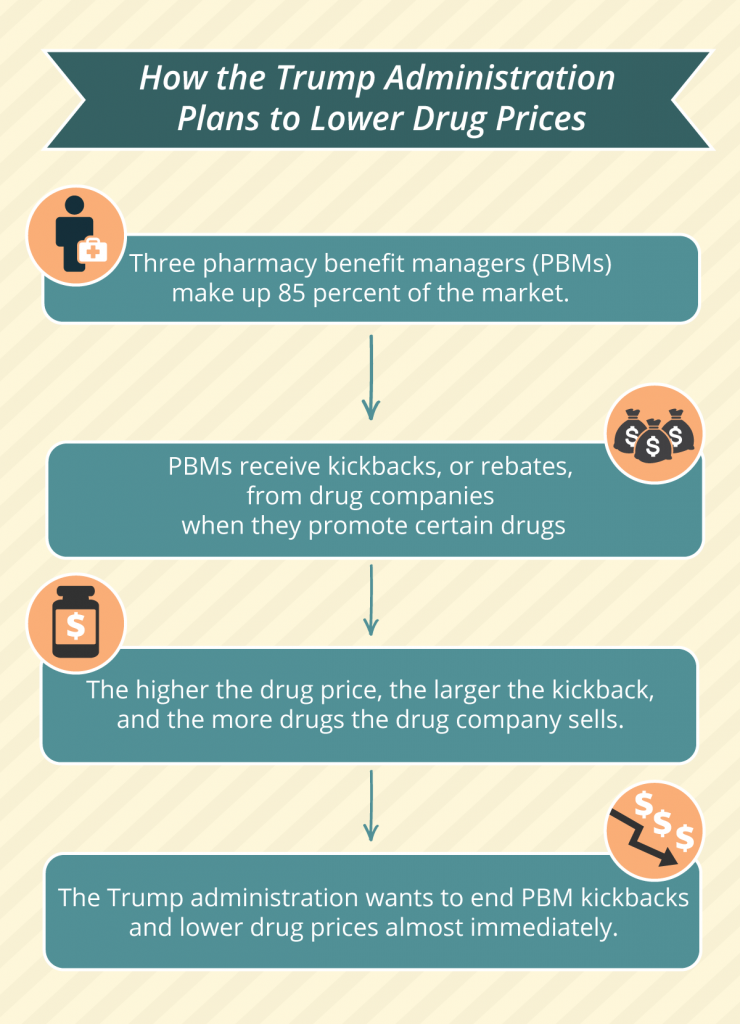