Several of the country’s biggest drugmakers kicked off the new year by raising prices on some of their most commonly used drugs. Within the first day of 2020, drugmakers like Bristol-Myers, Gilead, and Biogen increased the drug price of 50 prescription drugs. Two days later, that  number was already at 445.

According to a report from 3 Axis Advisors, a healthcare research firm, many of the major drugmakers in the United States are raising drug prices by a median 5 percent going into 2020, but some increases may be as high as 10 percent. Other drug companies on the list include Pfizer, GlaxoSmithKline, Sanofi, and AbbVie.

Within the first week of January, the number of drugs whose prices are set to increase is 445. However, this number could still increase. Over the past five years, these drugmakers have increased the price on an average of 404 drugs when entering a new year. 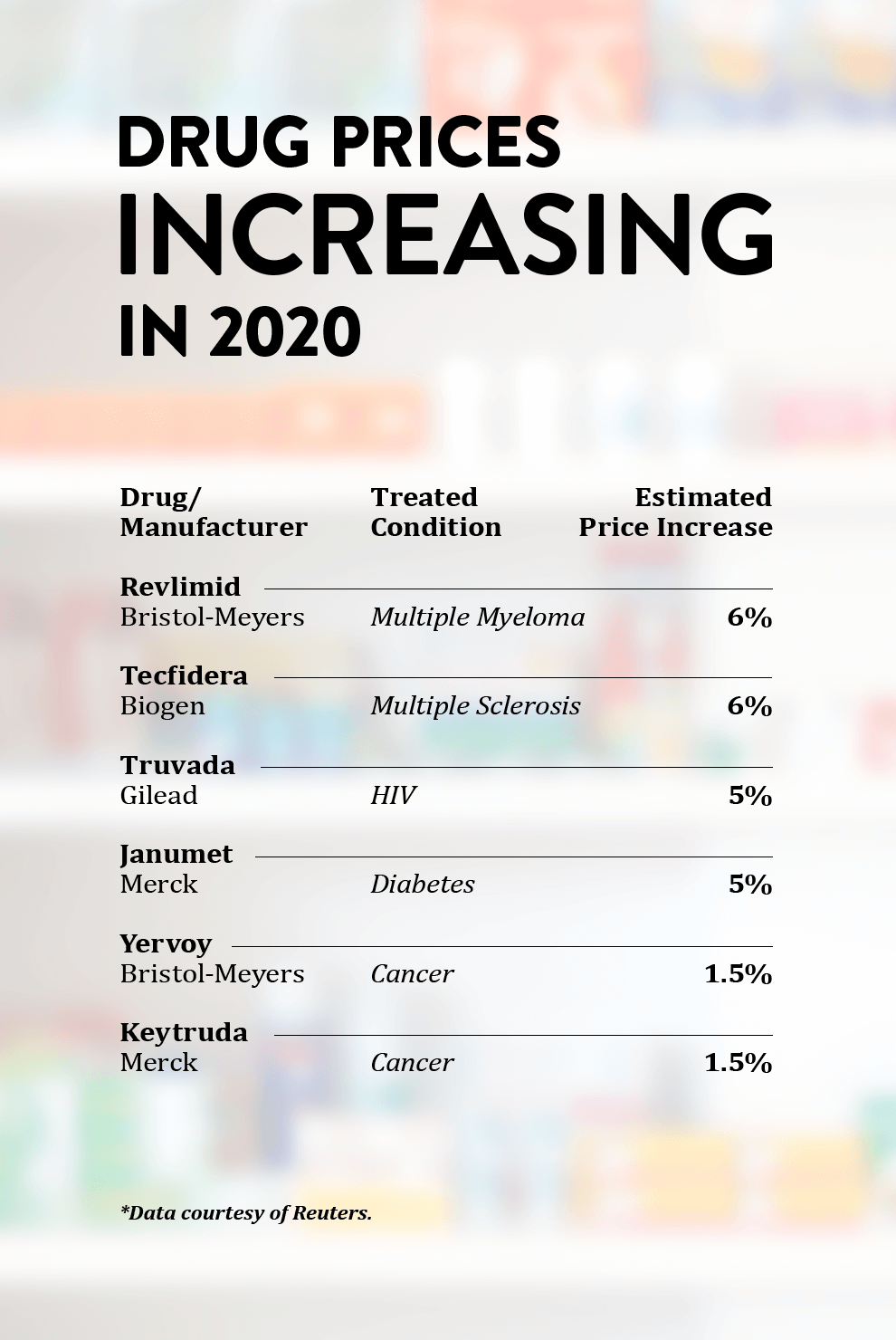 Many of the drugmakers have pledged to keep increases below 10 percent per year to in order to prevent public outcry and political pushback through federal regulations.

There are very few regulations set for drugmakers when it comes to pricing drugs. This means drug companies can determine their own prices with little to no federal pushback. Even when the House Oversight Committee tried to launch a drug pricing investigation under the late Representative Elijah Cummings (D-MD), the investigation saw pushback from the inside.

Reps Jim Jordan (R-OH) and Mark Meadows (R-NC) were caught encouraging drugmakers not to reveal information requested by the Committee, because the two Representatives believed the information going public would hurt the company’s stock prices.

Why are drug prices so high in the United States?

Prescription drug prices are higher in the United States than in any other developed country where the government regulates how much drug companies are allowed to charge patients. In the United States, the free market is empowered to decrease drug prices through competition, but this is not working for most Americans.

Increasing prices are especially dangerous for patients with diabetes who rely on the life-saving drug insulin. New reports seemingly hit headlines every week about people who died due to lack of funds to pay for insulin, a drug whose chemical makeup has not meaningfully changed in almost 100 years.

President Trump pledged to bring down drug prices during his 2016 campaign, but most plans have fallen through at the last minute.