California Governor Gavin Newsom has been busy. In 2019, his first year as governor, he signed 870 bills into law—the most recent of which would allow the state of California to manufacture generic prescription drugs.

The potential impact of the proposal

The proposal would “take the power out of the hands of greedy pharmaceutical companies,” Newsom said in a statement when he released the proposal January 9, 2020. “A trip to the doctor’s office, pharmacy or hospital shouldn’t cost a month’s pay. The cost of healthcare is just too damn high, and California is fighting back.”

Under the plan, one or more generic drug manufacturers would contract with the state to produce generic drugs under a state-owned label. California is home to nearly 40 million residents, easily making it the most populous state in the country. Due to this fact, it also has the highest rate of drug spending in the nation.

Over 400 drug prices were increased within the first few days of 2020. Of these drugs, 407 were brand-name and only four were generic. Newsom’s proposal aims to create more affordable versions of drugs whose prices keep inflating with no signs of stopping.

“Other countries control or negotiate the prices of drugs, and if there is one state that could do it, it’s California, which is the size of a country,” said Larry Levitt, executive VP of health policy for the Kaiser Family Foundation. “A drug company could walk away from Rhode Island. It’s much harder to walk away from California.”

Who would pay for it?

The proposal was presented to California lawmakers due to the state entering 2020 with a $7 billion surplus, according to the nonpartisan Legislative Analyst’s Office. Newsom did not state how much the proposal would cost, making some fiscally conservative members of the California Assembly nervous.

“When the state runs it, it costs more money. The money is coming out of families’ pockets paying all those crazy taxes,” said Republican Assemblyman Devon Mathis.

By Californian law, drug manufacturers must report all price increases to the state. According to a report from the Office of Statewide Health Planning and Development, generic drugs saw an average increase of 37.6 percent in 2019.

California lawmakers still have to approve the proposal before it becomes a law, but it has already received a tentative endorsement from legislative leaders. 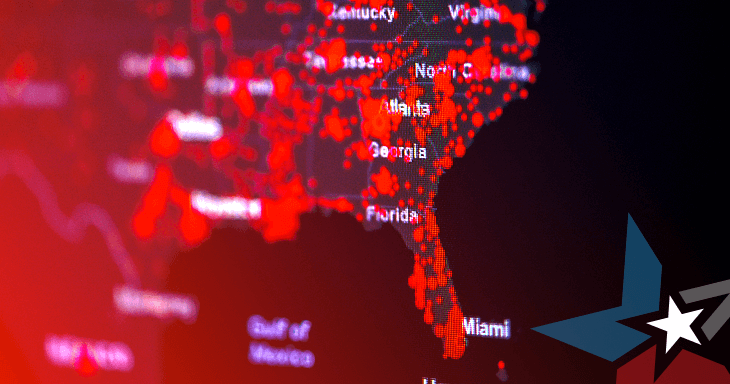 Is Your State in a Federal “Red Zone” for...

Is Your State in a Federal “Red Zone” for COVID-19 Outbreaks?