Pharmacies around the country are pulling Zantac (ranitidine) from their shelves indefinitely. According to new evidence from the Food and Drug Administration (FDA), the popular heartburn medication could contain a cancer-causing carcinogen.

Drug manufacturer Sandoz Inc. issued a voluntary recall on 14 lots of prescription strength ranitidine capsules due to low levels of N-nitrosodimethylamine (NDMA). According to the FDA, NDMA is a carcinogen, which is a substance that can damage the human genome, disrupt metabolic processes, and subsequently cause cancer. Other drug makers have reportedly followed suit, initiating recalls of their version of ranitidine as well.

The recalled batches (or lots) have been sold at nationwide drugstores like CVS, Walgreens, Rite Aid, and Walmart. All retailers have pulled ranitidine products from their shelves indefinitely.

Over the past year, the FDA has been investigating other medications that could include low levels of NDMA, including blood pressure and heart failure medications. 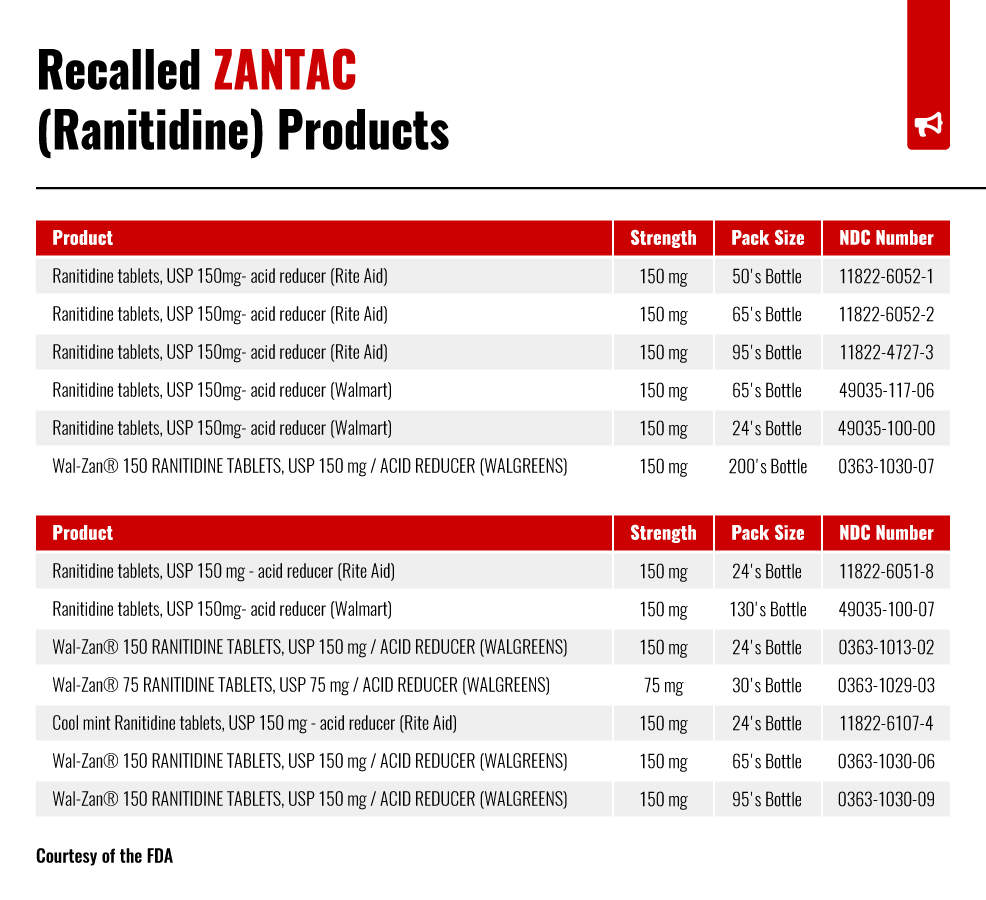 Frequency of heartburn in the United States

According to Harvard Medical School, about one-third of Americans experience heartburn at least once per month.

Heartburn is described by the National Institute of Diabetes and Digestive Kidney Diseases as “a painful, burning feeling in the mid-chest” caused by stomach acid that touches the lining of the esophagus. On occasion, heartburn can be mistaken for a heart attack due to the intensity of the pain.

According to the Cleveland Clinic, symptoms of heartburn include:

Other ways to manage heartburn

According to Brian Antono, a family medicine physician and health policy fellow at Georgetown University School of Medicine, medication is just one way to manage heartburn, which is a common health problem faced by roughly 15 percent of Americans.

People who experience heartburn may also find relief in lifestyle changes, such as limiting caffeine, avoiding spicy foods, and staying away from other heartburn triggers, which can be different for everyone.

Nearly Half of U.S. Deaths Are Occurring in Nursing...

Nursing Home Stress During Pandemic: Should You Be Removing...

Nearly Half of U.S. Deaths Are Occurring in Nursing Homes: What You Can Do

Nursing Home Stress During Pandemic: Should You Be Removing Your Loved Ones?