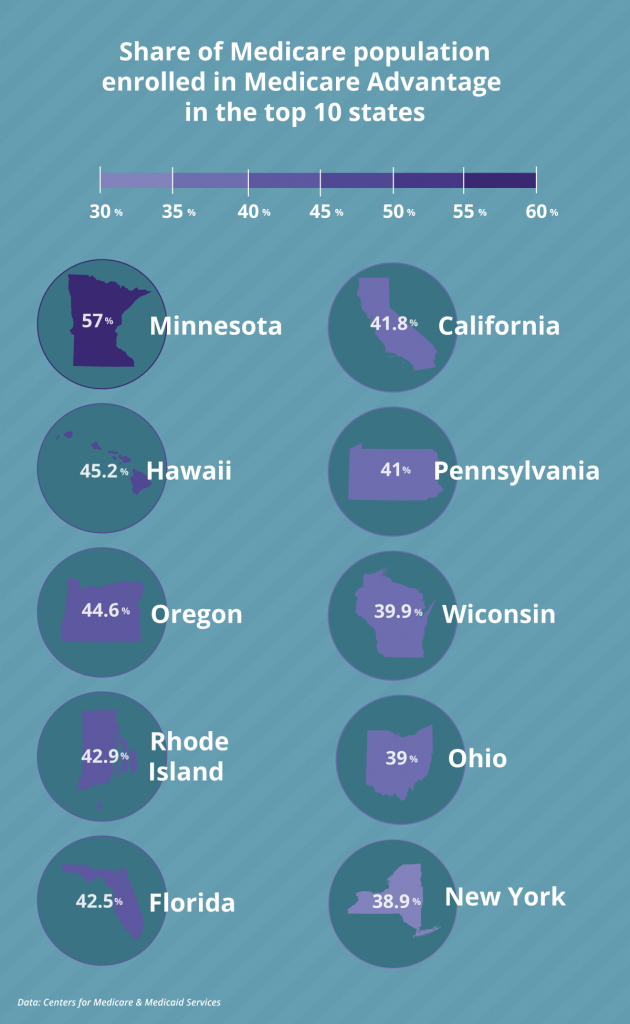 There are over 22 million seniors that are enrolled in Medicare Advantage plans according to the Center for Medicare and Medicaid Services in February 2019.

The health insurance companies do their research on areas that are more densely populated with seniors. States such as Florida and California have been targeted, but moving forward, other states in the Midwest could also be targeted to increase Medicare Advantage enrollment.

Hannah Verret is a Content Developer at Medicare World in Memphis, TN. Hannah has been working in content creation throughout her entire adult career. When Hannah isn't writing or organizing social media posts, she's spending her time reading and loving on her many pets.