Without a coronavirus vaccine, there is not an end in sight, in the U.S. or around the world, for the COVID-19 pandemic. As of Wednesday, April 22, more than 26,000 Americans had died from COVID-19. More than a half-million Americans have been confirmed to be infected, with many other cases missed by the lack of testing for the virus. Hospitals, particularly in New York City, New Orleans, and Detroit, are overwhelmed by the number of sick and dying patients.

As the world fights to bring the pandemic under control, new blood tests called serological tests, or antibody tests, that identify people with possible immunity are being touted as a key tool to return life to normal. Until there is a COVID-19 vaccine, government officials are hopeful that widespread antibody tests can be part of a strategy to get back in business without worsening the outbreak.

Antibody tests measure the amount of antibodies or proteins present in the blood when the body is responding to a specific infection, like COVID-19. “In other words, the test detects the body’s immune response to the infection caused by the virus rather than detecting the virus itself,” said Stephen M. Hahn M.D., Commissioner of Food and Drugs for the Food and Drug Administration (FDA).

Generally for infectious diseases, immunoglobulin M (IgM) antibodies, which are the first type of antibody produced by the immune system in response to a pathogen and stay in the bloodstream for weeks, indicate that someone was recently infected. Immunoglobulin G (IgG) antibodies stay for years and are a sign of a past infection. Serological tests generally check for both types of antibodies in a blood sample.

Each test has its own sensitivity and specificity rates. Sensitivity is the percentage of times the test correctly identifies people who have the condition being tested for, and lets you know the rate of false negatives you can expect. And specificity is the rate the test correctly identifies people who don’t have that condition, making clear how often it generates false positives.

These tests are not the kind that spot a current infection. Instead, they indicate if a person’s immune system has produced antibodies to fight the virus in the past.

With the accuracy of the tests in the U.S. currently far from guaranteed, public health experts are debating whether or not the antibody tests could be a powerful tool to determine when it’s safe to reopen the country. Some experts are warning that just because a person has antibodies to the coronavirus doesn’t mean they are immune to it.

Concerns are rising about the accuracy and availability of the tests and how it could hamper plans to allow Americans to go back to “normal life” at work and school. Experts are quick to say that there will be a new “normal” if and when Americans return to work and school.

Other experts argue that widespread antibody testing could also help inform decision making about when to start reopening parts of the economy, but scientists aren’t sure if surviving a coronavirus infection confers immunity, how strong that immunity might be, and how long it could last.

What experts are saying

“The data can help public health experts better understand how many people have been infected and adjust their models of the U.S. outbreak,” said Kelly Wroblewski, director of infectious diseases for the Association of Public Health Laboratories. Wroblewski also stated that while it’s reasonable to assume survivors gain some level of immunity, it is important to proceed with caution. “Everybody is being optimistic you have some sort of sustained immunity for at least the ensuing months to a year,” she said. “But it is still somewhat an assumption.”

“Once the logistics of administering tests are resolved, frontline health care workers should have priority,” said former acting CMS Administrator Andy Slavitt. “The tests can help workers who suspect they’ve been exposed to the virus return to work if they have antibodies.”

“It will be important in the future and at least important for health care workers in New York and other places,” Slavitt added. “But until more is understood about potential immunity gained after being exposed to the virus, he added, antibody tests are “unlikely to be a game changer.”

The Trump administration said over the weekend that it would require most private insurers to cover coronavirus antibody testing at no cost to consumers. But so far, very few Americans have undergone such testing.

More than 90 tests are now on the market, and most have bypassed FDA review. Diagnostic manufacturers, public health labs, and commercial labs have raised concerns about the accuracy of these tests. They want the FDA to take a tougher regulatory approach to ensure the quality of antibody tests. 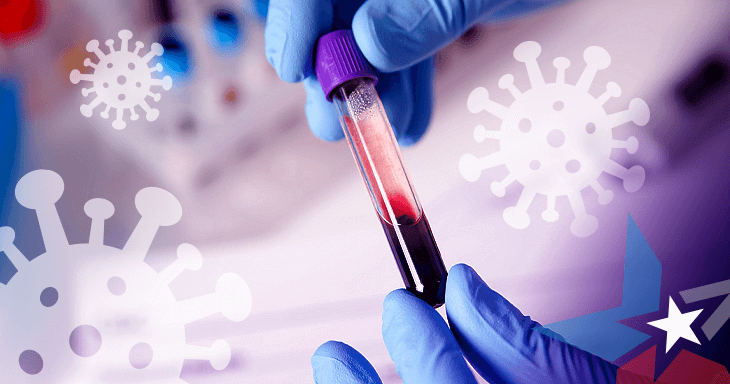