President Donald Trump surprised the U.S. and his own administration with his announcement during a press conference in the Rose Garden meant to address relations with China on May 29.

“We will be today terminating our relationship with the World Health Organization (WHO),” Trump announced. The president has remained determined to end the 72-year-old relationship as soon as possible and indefinitely.

Most of the president’s top aides and Cabinet secretaries were blindsided. Eleven days prior, Trump had sent an ultimatum threatening to withdraw from the WHO if reforms and demands were not met within 30 days. Senior officials had hoped that he was bluffing or would change his mind about a decision that could hobble efforts to fight dangerous diseases.

White House officials who work directly with the WHO have conceded that a lot remains uncertain on how the president wishes to conduct COVID-19 and other pressing vaccinations without the agency, and the massive hole that withdrawal from the agency will leave.

“The President has made clear that the U.S. is terminating its relationship with the World Health Organization, and that process is being expedited,” said Katie McKeogh, an HHS spokesperson. “All US-WHO collaborations are being examined through an interagency exercise as part of the termination process to ensure the safety of the American people will be protected,” McKeogh added.

Trump has enforced a new “no-engagement” policy that is acting as the first step to terminate the relationship, and it has caused alarm and confusion, other officials said.

“To do this in the middle of a pandemic is breathtakingly dangerous,” said Nancy Cox, a former CDC virologist, who for 22 years led the agency’s WHO center on influenza surveillance and control. “I worry a lot about what’s going to happen to so many of the programs at WHO that were strongly supported financially and through expertise and consultation with the U.S. I just think it could be really bad,” Cox said.

The United States acts as the largest donor among the WHO’s 194 member states, giving about $450 million last year. The WHO said the U.S. cut in funding would affect childhood immunizations, polio eradication, and other invaluable initiatives in some of the most vulnerable parts of the world.

Trump’s disgust with the WHO is “well-founded,” an administration official said.The decision was based on the failure of the WHO in regards to COVID-19 and the organization’s record of unresolved structural issues and failures during crises, officials said.

As the pandemic spread early this year, the WHO reported that only one percent of cases were asymptomatic, while Chinese doctors were privately saying that the number was actually as high as 50 percent, the senior administration official said.

“The organization had no credibility,” the official said. Along with conflicting advice about the efficacy of masks, the WHO has proved themselves as “clueless or cut out, being manipulated.”

Flying blind without the WHO

Senior administration officials admitted that important activities led by the WHO, including vaccination initiatives, need to continue. It remains unclear what will happen to those programs when American funding and participation end.

The new directive will require officials to divert their attention from pandemic response in order to review a list of their WHO-related activities and try to justify them on national security and public health safety grounds, the senior government official said.

“A case in point: The flu vaccine that Americans receive at drugstores and doctors’ offices is based on work that the CDC and Food and Drug Administration conduct through the WHO.

Since 2004, the U.S. has helped build a global network of WHO flu centers, buying lab equipment, and training scientists. The centers in more than 100 countries collect samples from sick people, isolate the viruses, and search for any new viruses that could cause an epidemic or pandemic. The CDC houses one of five WHO Collaborating Centers that collect these virus samples, sequence the viral RNA, and analyze reams of data on flu cases around the world, while the FDA runs one of the four WHO regulatory labs that help vaccine makers determine the correct amount of antigen, which triggers the immune response, to include in vaccines,” said Cox, the CDC flu expert, who retired in 2014.

The U.S. and other WHO members meet twice a year to pick the dominant flu viruses that are included in vaccines. The strains for this fall’s flu vaccine in the U.S. were chosen in April. But in September, the WHO flu centers are scheduled to pick the flu strains for the Southern Hemisphere’s vaccine, and months of work at the CDC leads up to that meeting.

The uncertainty has caused concern in the pharmaceutical industry as well as the government, officials said. The CDC could lose access to the data and virus samples that protects Americans from potentially deadly strains of flu from around the world.

“If we pull out of the World Health Organization, we’re going to be flying blind in terms of influenza and other pandemic threats,” said Cox. “It’s going to be a lot harder to know what’s going on.”

The Trump administration plans to fill the void left by its withdrawal with direct aid to foreign countries, creating a new entity based in the State Department to lead the response to outbreaks, according to interviews and a proposal prepared by the department. The U.S. will spend about $20 billion this year on global public health. $9 billion of the emergency aid will go directly to the COVID-19 response.

China to take over the WHO

“As U.S. leadership demonstrated in the Ebola and MERS outbreaks, our diplomatic and development efforts enable countries to develop tools for addressing infectious disease. Due to these efforts, we filled gaps created by the WHO’s inaction to prevent, detect, and respond to outbreaks immediately,” said former Ambassador Jimmy Kolker, a veteran health diplomat who represented the United States at WHO meetings until 2017.

Kolker said the calls for reform are legitimate, but he and others said the United States has enough influence to make changes from within. They disagree with the allegations that China controls the WHO and its director general, Tedros Adhanom Ghebreyesus.

“In general, the WHO is deferential to member states,” Kolker said. “Yes, it should have been more aggressive in response to Chinese obstruction. Tedros surely realizes the public statements were too deferential to China. But the organization is not dominated by China. Its weaknesses reflect the challenges we have long faced in international collaboration on public health.”

China will gain control over the organization if Washington really does terminate its membership, current and former officials predicted.

“There’s one country that’s desperate for the United States to leave the WHO, and that’s China,” Sen. Chris Murphy, a Connecticut Democrat, said at a hearing Thursday of the U.S. Senate Committee on Foreign Relations. “They are going to fill this vacuum. They are going to put in the money that we have withdrawn, and even if we try to rejoin in 2021, it’s going to be under fundamentally different terms because China will be much more influential because of our even temporary absence from it.”

Is Trump Really Cutting Back On COVID-19 Testing? 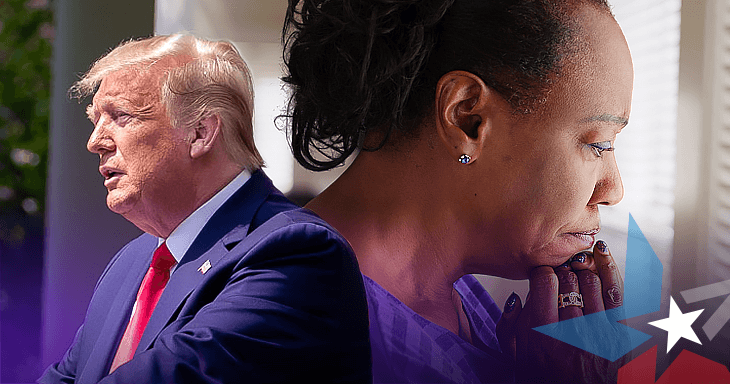 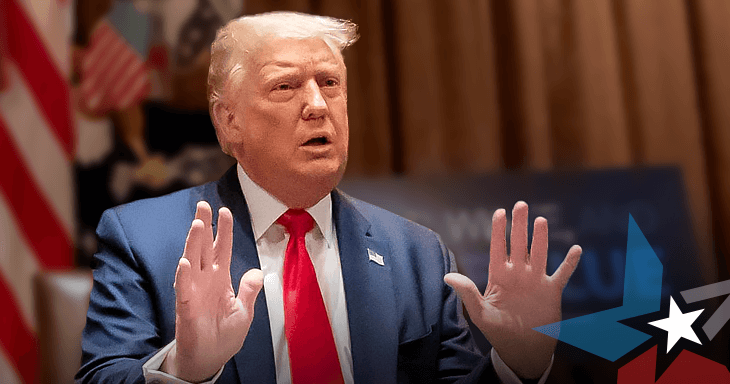 FACT CHECK: Where Does Trump Stand on Senior Health?

FACT CHECK: Where Does Trump Stand on Senior Health?