For the first time in a decade, the number of Americans without health insurance has grown. In 2018, the number of uninsured Americans rose by at least 2 million, according to a report released this month by the United States Census Bureau. Some health policy experts are pointing the finger at the Trump administration.

Despite general economic prosperity, the Census Bureau’s report says that the number of uninsured Americans rose from 7.9% in 2017 to 8.5% in 2019. This is the first increase since 2009, which coincides with the height of the financial crisis and the passing of the Affordable Care Act (ACA), also known as Obamacare.

In total, about 27.5 million Americans did not have health insurance last year, including 4.3 million children. 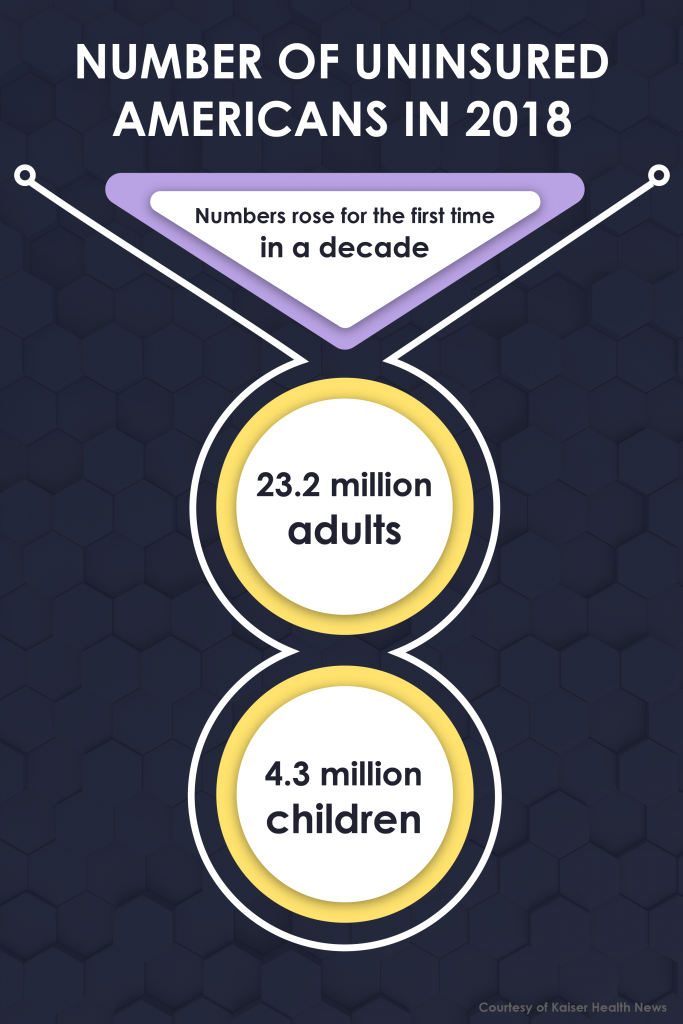 The number of uninsured Americans is meager compared to what it was before Obamacare was passed. However, insurance gains have stalled under the Trump administration, which has focused on decreasing Obamacare enrollment and slashing benefits for those on Medicare, Medicaid, and the Children’s Health Insurance Program (CHIP).

The Trump administration has made several attempts to cripple Obamacare, including adjusting the federal poverty line so that fewer people are eligible for subsidies and removing protections for people with pre-existing conditions.

In a statement, House Speaker Nancy Pelosi said, “President Trump’s cruel health care sabotage has left two million more people without health insurance, forced to live in constant fear of an accident or injury that could spell financial ruin for their families.”

Another cause of the increase could be Trump’s immigration crackdown. Rachel Garfield from the nonpartisan research organization, the Kaiser Family Foundation, said, “We’ve heard a lot of anecdotal reports and even started to see some data that either immigrant families are declining to review their coverage or not enrolling at all.”

Brian Blase, a former White House official who helped steer the effort to expand affordable insurance coverage, pointed to the increase in uninsured people earning more than 400% of the federal poverty line, which is the income threshold for people who are eligible for Medicaid coverage.

In other words, this increase points to a shrinking middle class. “People above 400 percent of the poverty line, premiums are really expensive for them,” Blase said.