Since the beginning of the COVID-19 pandemic, scams have been on the rise. From telehealth fraud to stimulus check fraud, scammers are hacking American’s personal information, such as phone numbers. Luckily, the month of April saw some improvement in robocalls, but there are still steps to take to decrease your scam exposure. Here is what you need to know about robocalls and how to avoid them! 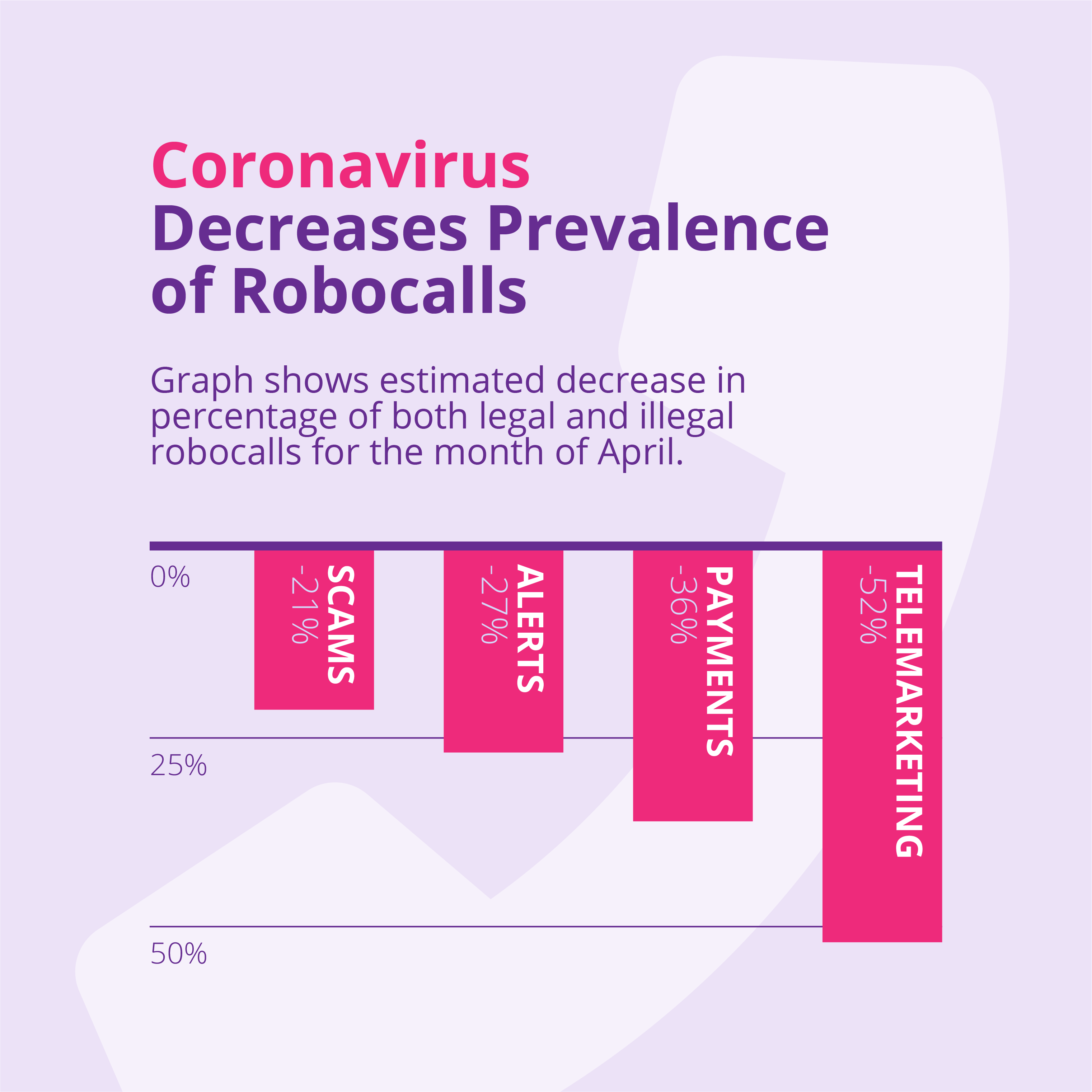 Americans received just under 2.9 billion robocalls in April, which is a 30 percent decline from the heavy amount in March.

The month of April averaged over 95 million calls per day, or roughly 1,104 calls per second, a whopping 44 percent decline from the 172 million robocalls per day in February. April robocalls were almost 50 percent lower than last October’s monthly peak of 5.7 billion calls.

“April’s massive decline in robocalls shows that COVID-19 is accomplishing what government, technology, and regulation couldn’t,” said YouMail CEO Alex Quilici. “However, as social distancing slows down and the economies rev back up, we should expect robocalls to once again increase.”

This free call protection app is available for all mobile phones. YouMail recently won the American Business Awards’ Gold Stevie Award for Technical Innovation of the Year, and was named the nation’s best robocall-blocking solution by Geoffrey Fowler of the Washington Post.

When YouMail catches a robocall, it sends the call straight to voicemail, while silencing your ringer. The automated voicemail plays an out-of-service message that leads them to think they dialed an invalid number. YouMail identifies fraud by using a combination of its recently patented audio fingerprinting technology, call patterns, and consumer feedback.

YouMail provides the YouMail Robocall Index to estimate robocall volume across the country and for specific area codes every month. This estimate is formed by extrapolating from the behavior of the billions of calls YouMail has handled for its users, and these statistics are regularly cited by the FCC as a definitive source for national data trends.

There are several steps you can take to avoid being scammed by robocalls:

Robocalls are illegal. Report them to the Federal Communications Commission (FCC) here or by calling 888-225-5322 and selecting option 4.