Sure—getting older can lead to slower brain function and memory loss. But did you know many medications may be contributing to your forgetfulness, diminished brain function, and brain fog? Some of these drugs can also cause imbalance and lead to falls, making them even more dangerous.

Common drugs that can cause memory loss

Although many drugs can cause or contribute to memory loss, the following are some of the worst offenders: 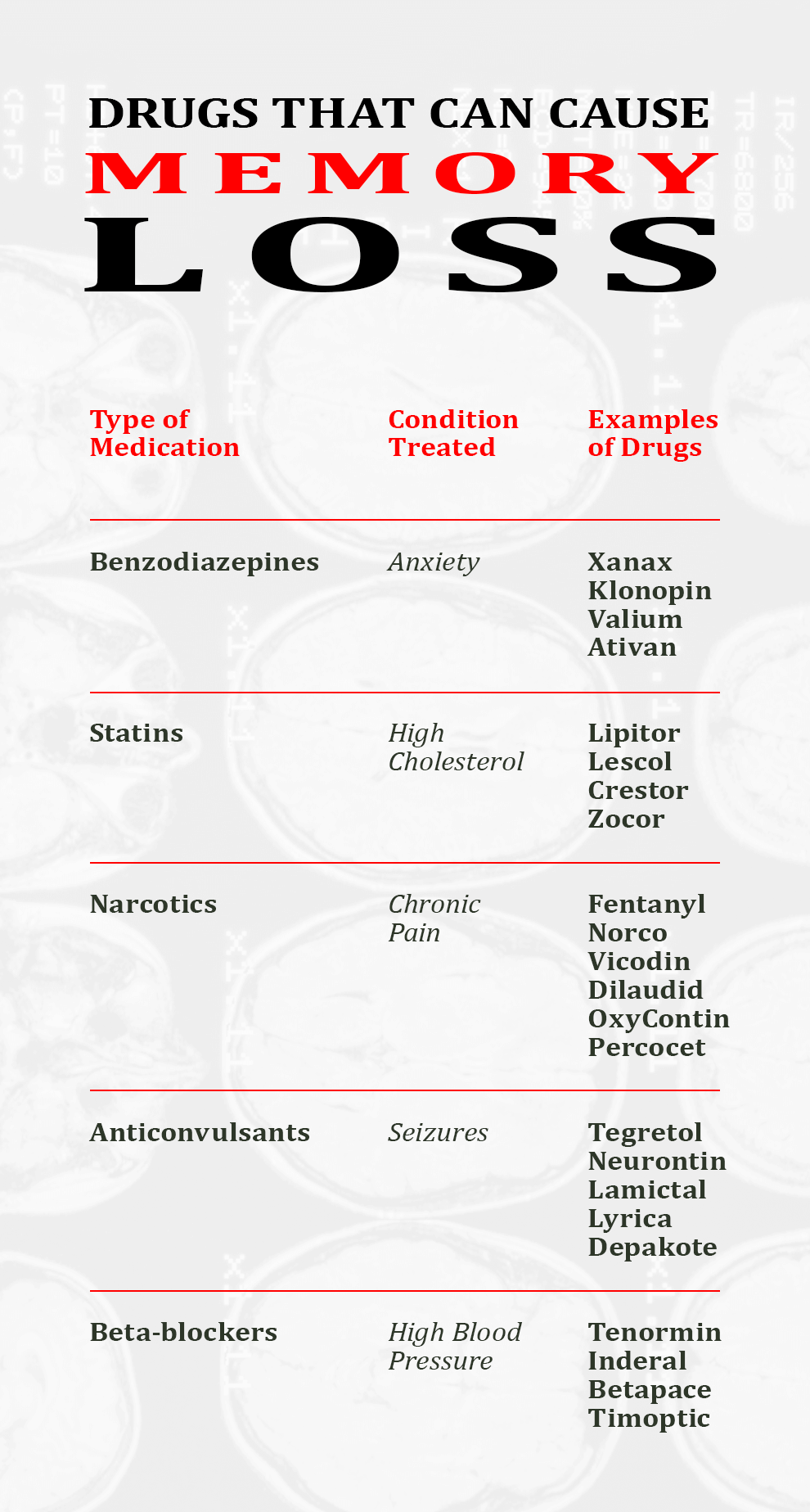 One type of drug that causes memory loss more often than most drugs is anticholinergic drugs. They work by blocking the action of the neurotransmitter, acetylcholine, in the brain.

Anticholinergic drugs are most often used for urinary incontinence because they affect neurons which encourage muscle contraction, but they also influence learning capabilities and memory storage and retrieval. What makes them even more dangerous is that many over-the-counter (OTC) drugs are considered anticholinergics, like Benadryl, Nyquil, Tylenol PM, and more.

Warning: anticholinergic drugs are especially dangerous for seniors to take as seniors already have diminished neurons, and the old a person is, the longer drugs will stay in their body. The American Geriatrics Society strongly recommends against older Americans using anticholinergic drugs, as older adults are more likely to experience dangerous side effects.

Side effects of anticholinergic drugs include:

Talk to your doctor

If you are on one of the medications that can cause memory loss or slow brain function, do not stop taking the medication without consulting your doctor. Doing so could be dangerous to your health. Ask your doctor if there are any alternatives available to protect your brain health.