How do Medicare Advantage plans save you money?

The study revealed that those who switched to Medicare Advantage in 2016 saved an average of $1,253, including additional savings like: 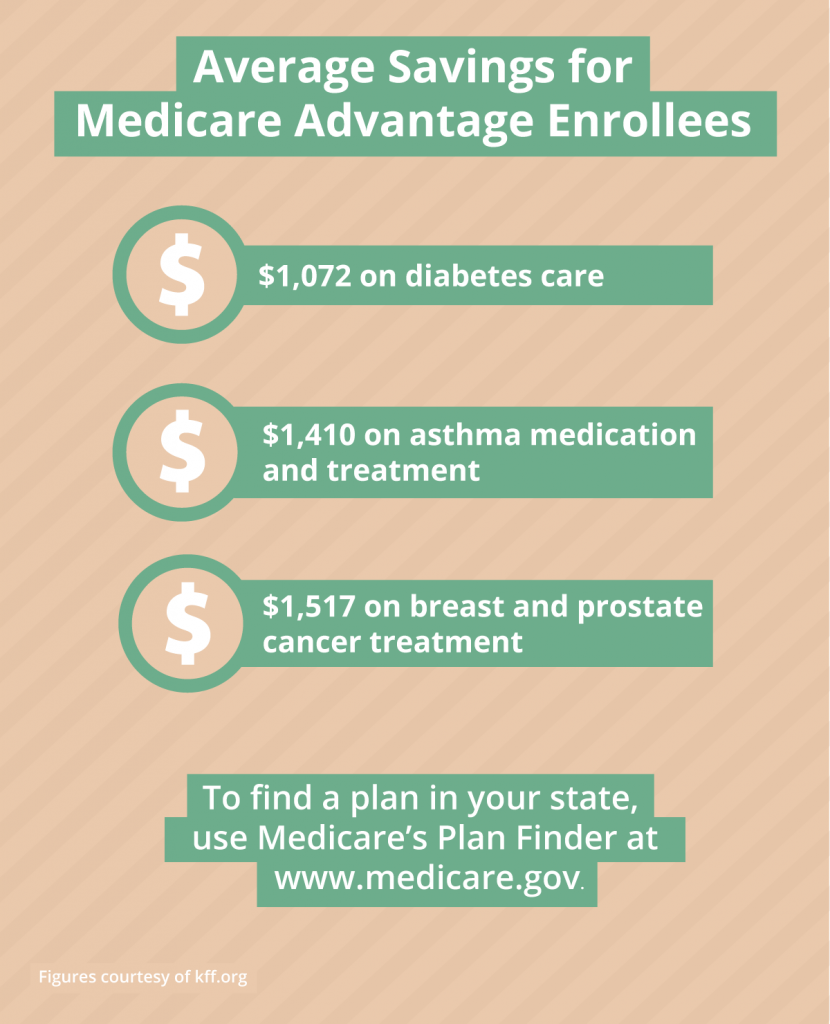 One reason for all the savings could be that people with Medicare Advantage are generally healthier. Another study performed by Avalere Health found that Medicare Advantage enrollees had one-third fewer ER visits and 23 percent fewer hospital visits.

When compared to Original Medicare enrollees, those with Medicare Advantage:

Medicare Advantage plans vary based on location, and this may also affect the quality and quantity of plans available in your area as well as how much you could save. For example, those in Los Angeles county who switched to Medicare Advantage saved $6,278, while those in Mecklenburg, NC ended up spending $4,072 more due to limited plan options.

If you live in an area with a large population of Medicare enrollees like Florida or Arizona, you may have more Medicare Advantage plans available to you. The opposite is true if you live in areas that are more sparsely populated, like North Dakota.

To find a Medicare Advantage plan in your area, use Medicare’s Plan Finder.